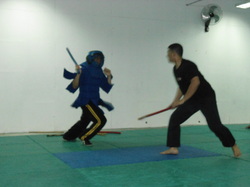 Arnis (stick fighting) is in many ways the basis of Filipino Martial Arts. Beginners learn the basic movements (both striking and footwork) of Arjumano through stick fighting drills, techniques, and sparring. From this base, they will branch out into other aspects of Arjumano, such as knife fighting and empty hand fighting.
We spar with padded sticks both with armor (to include head attacks) and without armor (to simulate real life).
We also practice empty hand defense against sticks, and fighting against multiple opponents.

We occasionally join arnis competitions to improve our skills, but our emphasis remains on self-defense applications rather than tournament-style fighting. 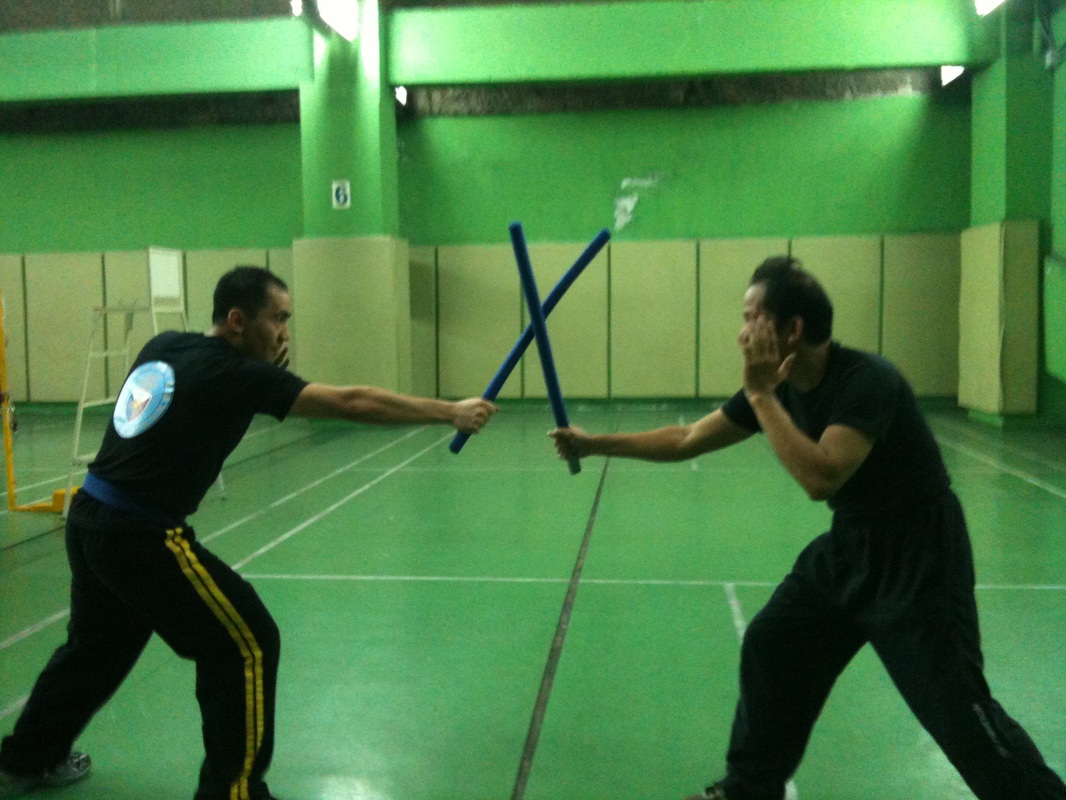